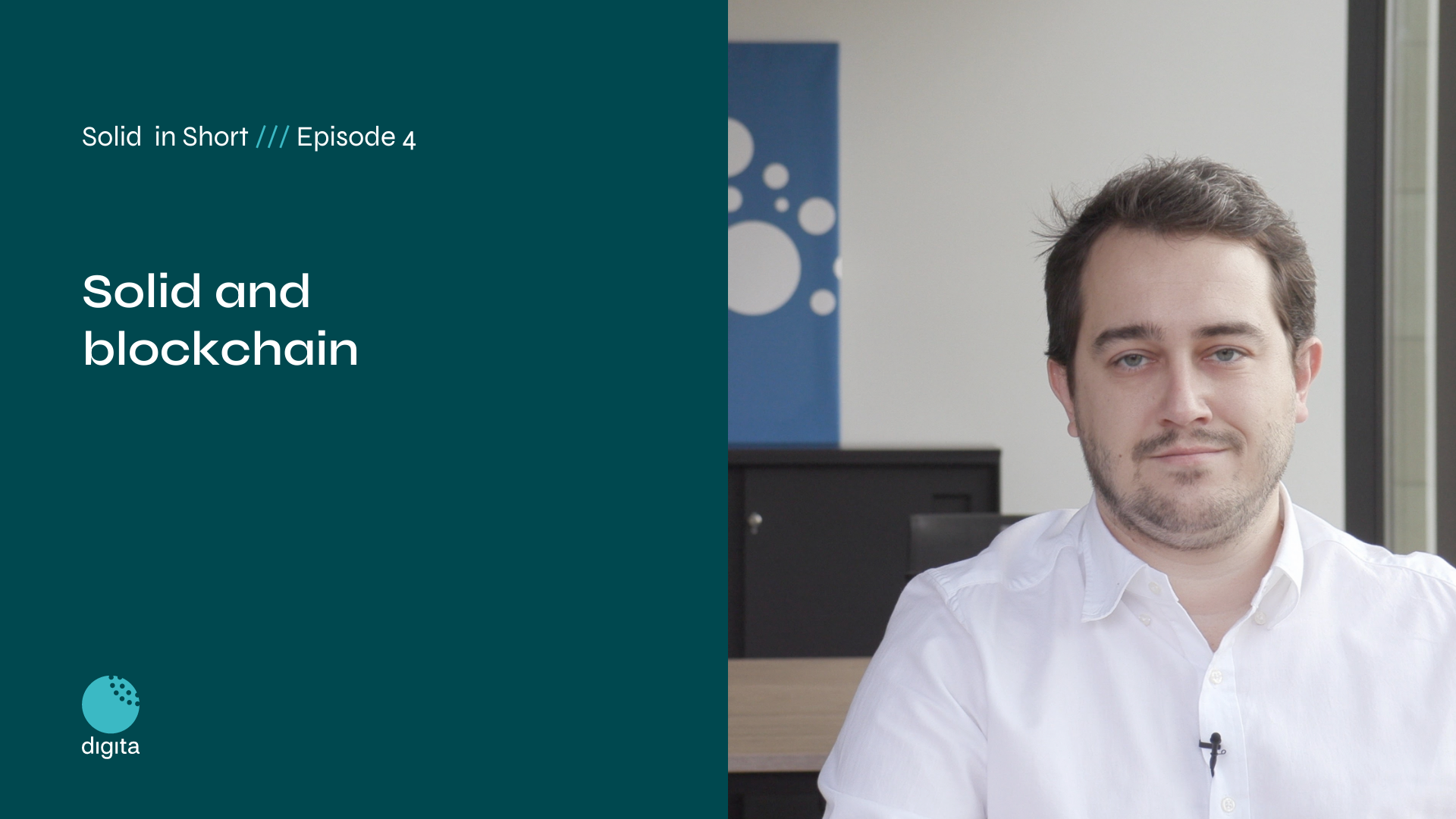 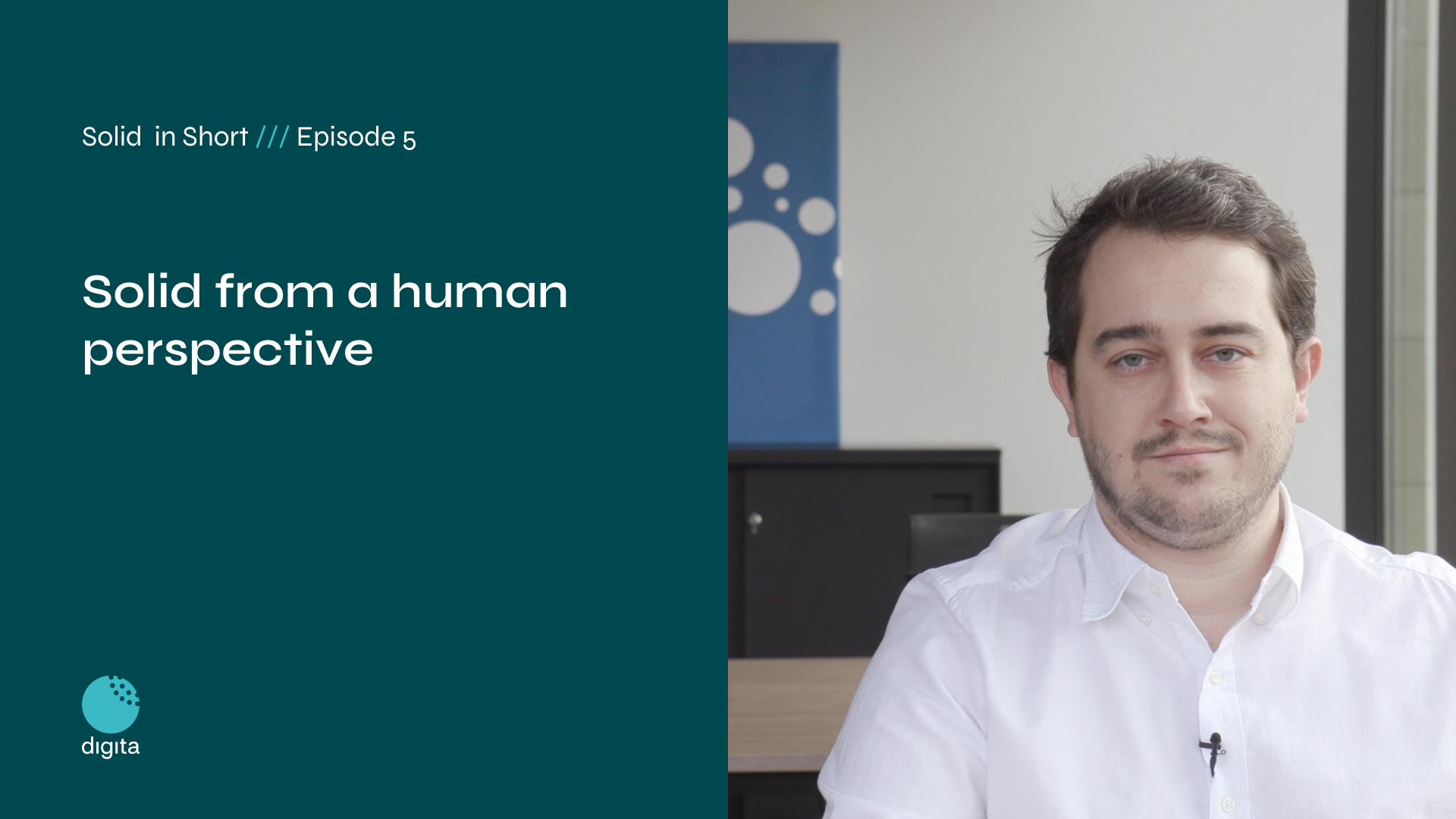 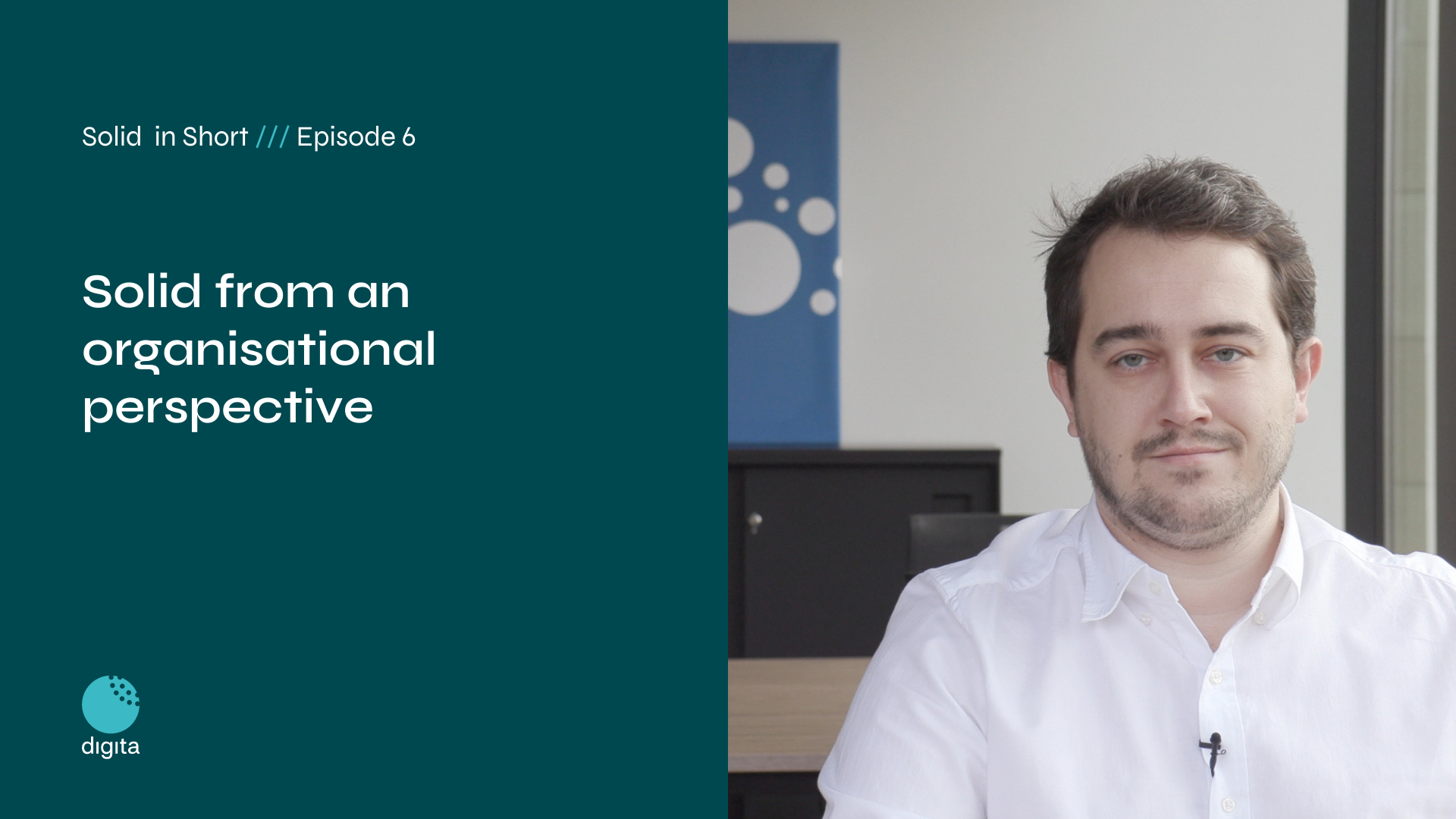 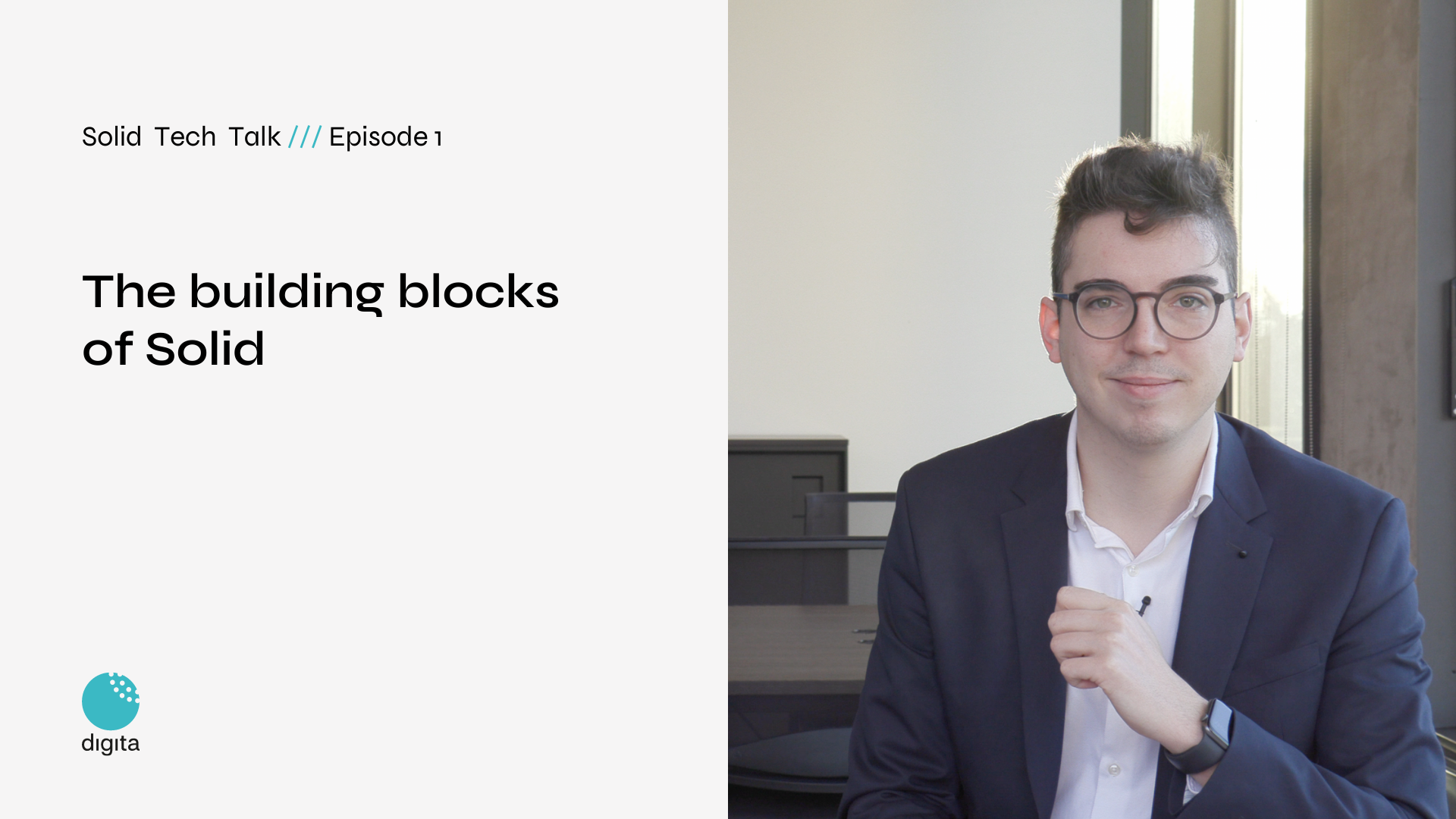 ‘How does Solid relate to self-sovereign identity?’

This is a question we get a lot. And by that, I really mean A LOT. That is why, I really want to take the time to explain this well, even if it will make this episode of “Solid in Short” a bit longer than usual.

Let me first start by explaining some key concepts. Bear with me, they will make things way more clear.

Self-sovereign identity is based on blockchain, so, I’m first going to explain what a blockchain actually is.

Let’s go back to the basics and consider blockchain’s most fundamental concept: a registry.

Traditionally, the control of such a registry is centralised. And by that I mean that the correctness is controlled and ensured by one party.

However, with this, there also come a couple of side effects. For example, you can only add new data to the registry, all data on the registry is visible for all its users, you cannot delete or edit existing data, all parties have a local copy of the registry and ensuring the correctness is computationally very expensive. For example, Bitcoin, which is only one of the blockchain instances that currently exist, requires as much energy as Switzerland.

Let’s start with hashing. When you hash something, you use an algorithm to transform a piece of data into another piece of data. This transformation will always have the same result and the result cannot be transformed back to the original data. An example of a hashing algorithm is a piece of code that transforms vowels into 1’s and consonants into 2’s. So, TOM will always turn into 212, but based on this 212, you cannot go back to TOM.

Next, let’s take a look at key pairs.

Key pairs are in fact two cryptographic keys that are tied together and, together, have unique characteristics.

Suppose there is a red key and a blue key that, together, form such a cryptographic key pair.

For example, let’s take a look at what happens with the secret “santa does not exist”.

If we encrypt this secret with the red key, it leads to a text that is meaningless. But if we decrypt this text with the blue key, we can see our original secret again.

The way in which key pairs are typically used is as public and private keys.

In this setting, someone, a person or an organisation, has a key pair and keeps one key a secret while he or she hands multiple copies of the other key to everyone. The key that is kept private is called a private key and the key that is made public is called a public key.

The two components that I just talked about, when used together, enable a whole array of possibilities.

For example, they enable me to send a secret message to someone. Let’s say Bart. To do this, I will first encrypt the message using Bart’s public key and, later, Bart will decrypt that message using his private key.

I can also ensure that a message is actually sent by me, or in other words, digitally sign this message. To do this, I will first hash the message using a well known hashing algorithm. Next, encrypt the hash using my private key.

After that, everyone can use the hashing algorithm to hash the original message, decrypt the hash with my public key and check whether the two.

However, now, the question remains: ‘how can everyone know that my public key actually belongs to me?’.

Well, this problem is currently solved by registries, certificate authorities and others.

Certificate authorities are actual authorities, like governments or trusted organisations that digitally sign messages of the form “this key belongs to this entity”.

What are then decentralised identifiers? Well, this is actually a standard to create a registry that links personal identifiers and public keys.